It is a well known fact that you should always keep your main git trunk in a fully working deployable state. I have covered the reasons for this in great detail in the DevOps Infrastructure Series.

While having a "develop" branch may sound like an attractive idea - it is really a hidden shortcut that you are trying to convince yourself to take in order to avoid making sure that every single commit is fully done the moment you are done with it. Once you are fully done with a ticket, the merge request that solves the ticket must always at all times be in a fully deployable state.

In the devops training we also look at how we deal with partial features: we simply make sure that they are always deployable (in other words as stable as we can get them to be) but they do not have to be enabled for the user if they are a work in progress! But the partial work in progress must always be production quality code.

This is the only way you can fully move on from a task and avoid having a lingering backlog of things you have to "fix" later.

We can achieve this by making sure that our CI system is top notch.

In this insight I’m going to do my best to summarize the minimal set of checks that we currently do on our own repositories and also help our customers implement in their firmware.

This list is by no means exhaustive and does not contain project specific checks which must be included based on project requirements.

This list only contains the generic checks that every single embedded C project should have in place regardless of size.

The Role Of CI

CI stands for "Continuous Integration" however these two words have as many meanings as there are software projects around. So we have to define these two words.

Every single piece of work, no matter how small, must be fully completed and integrated into production-ready software in the best possible way without decreasing stability of the software.

When we have a full continuous integration workflow in place, we can say with high degree of certainty what is completed and what is not. The necessity of "going back to fix things later" has to be eliminated at all costs because it is the primary cause of incorrect timeline estimates and delayed releases. When we know that what was done is done (and remains done as more things get done) we can be sure that our backlog represents the full picture of the tasks that are remaining.

CI helps us achieve this by being a companion to developers which can quickly point out when something that was previously done has become broken so that developer can fix the issue and avoid the situation where something has been pushed into production and a problem is discovered afterwards requiring developer to go back and fix it (classic case of "what is done is not really done but rather we hope it’s done).

By working closely with the CI scripts and making sure that all changes to the project are verified by CI we can move away from hoping and move towards actual knowing that our software is in good shape at all times.

What Checks CI Should Do

We can divide the role of CI into several distinct areas:

For every task in the ticket management system, the workflow is as follows:

The process is then repeated for the next task where the new branch is based off of the new trunk.

Here are some examples of repository integrity checking:

Running all the checks is simple when we are using robot framework:

Each time a developer completes work on a task, all the changes are captured in the diff between the ticket branch and main trunk. Since we only have one trunk that represents latest production version of the software, we only have to worry about one patch.

When we look at all changes as a single patch, we can run additional checks that are concerned with the formatting of the patch itself.

Checking the patch has the advantage of only having to check files that are part of the change set and not have to scan the whole repository. This is often a good optimization compared to the more brute force approach of scanning all files. Example of how this can be done for a range of commits can be found here.

Patch checking should not try to understand the semantic meaning of the code but rather just look at the diff as a single text file and search for patterns that we do not want to see in our project code. This is often easier and faster to maintain than having to maintain a custom version of clang-tidy (clang-tidy checks are much more thorough but are limited to software code only - they do not cover patterns one may see in documentation files outside of the source code).

In contrast to patch checking, software integrity checking goes deep into the source code. This includes:

Doing software testing very often leads to substantial improvements in software architecture. The primary reason for this is that programmers are forced to think "how can I test this code?" which leads to less dependencies and cleaner design because dependencies often lead to difficulty in testing.

It is also very common to discover API bugs while testing (particularly while ding in depth unit testing) because these bugs are often located in code branches that rarely run. On example is return values: do we follow a consistent return value policy in our software? Are we returning correct error codes? Are we unlocking resources before we return?

Post build integrity checks aim at checking the final artifacts produced by the build process. These include:

These checks are easiest to implement in a similar way as directory integrity checks (ie using robot framework and python) but with the only difference that they are executed after a full build and test run has completed.

What have we learned

This quick summary illustrates the basic set of checks that can help you keep bugs at bay and minimize the possibility of problems piling up in the code without knowledge of the developer team.

More importantly these checks keep your main trunk in deployable state at all times. Without checks there is simply no way to tell whether trunk is working or not - which requires expensive "testing" to be done using physical devices. With checks in place, testing is all captured in reproducible way which means that it is cheap to test for every single commit. Which in turn means that trunk is always tested and ready for deployment.

When you have unit and integrity testing in place, you instantly see when some code changes break something outside of the module you are editing.

When you have system testing in place, you always see whether user is affected by the changes you are committing.

With repository integrity checking you make sure that you never forget to add additional files (such as documentation) after you have added a new C module.

With post build integrity checking you never forget to include some important file in the release installer or archive.

You simply have a choice: either you have to implement all of this yourself, or you can let Swedish Embedded Group do it for you!

When we take a C code base that does not have any checks in place and we want to modernize it, we need to do it by following a step by step process.

First, we put in place checks that do not require any changes to the logic of the source code. This includes:

Once we have the build infrastructure in place, the next step is to start cleaning up the source code to eliminate obvious problems with the code itself. This is done without substantial architectural changes and focuses primarily on two things:

After this, the code is good shape to start refactoring and testing it. This is also split into multiple steps because we want to avoid breaking the code while we are refactoring it.

What are you waiting for? Schedule a call and let’s discuss how we can implement this in your embedded firmware project as well! 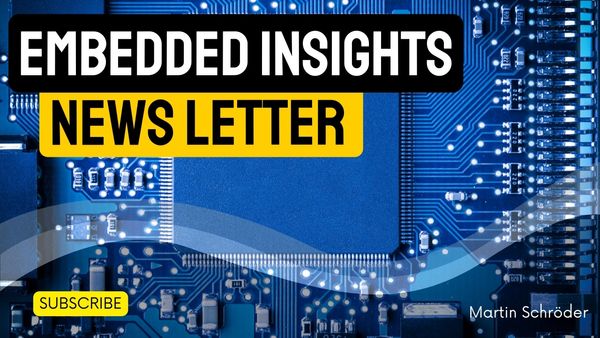 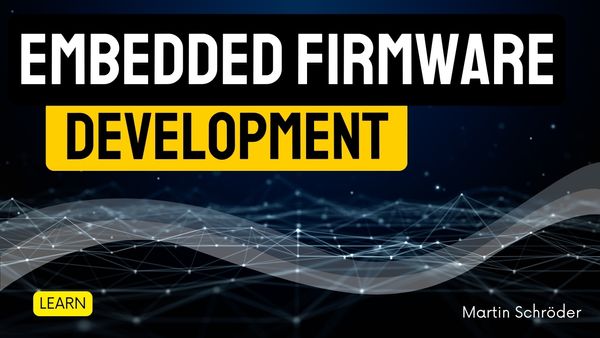 Read more
Learn how to build embedded firmware quickly and effectively and control physical hardware with it. 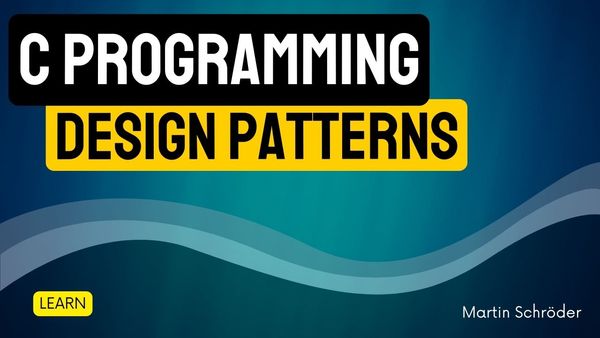