This training helps you implement continuous delivery process for your firmware.

In a way, it is also a comprehensive "Zephyr RTOS Getting Started Guide".

How is this different from existing getting started guide provided by Zephyr? It is aimed at your custom firmware application development in a custom repository outside of Zephyr - while zephyr guide focusing on getting started working ON zephyr - which is not what you are doing every day. So it’s a big difference in focus in this guide.

The training is divided into 6 parts:

In this section we setup a basic repository from scratch. The advantage of doing this from scratch is that you get to learn how the whole repository is setup. While we are following similar setup as Zephyr, we are not starting with an already setup repository. Instead we start from zero.

In this section following topics are covered:

Once the repository has been setup, we now need to configure gitlab so that we can move over to working with merge requests. To do this, we do the following:

Once we have a gitlab pipeline working, we can now work through merge requests and in this step we add the rest of the directory structure.

In this section we focus on testing. There are three main types of tests that we need to add - unit, integration and system tests. Zephyr only has support for integration tests and a limited support for unit tests - so we have to add this. System tests are designed to take to final firmware, run it in a simulator (we will use renode in this training) and run user scenarios against it - this verifies the integrity of the whole system.

In this section we will take everything that we have added so far and build a final release. This involves:

How to get it

If you are already a member you should have access to all sections of this training.

If you are not a member then sign up below. 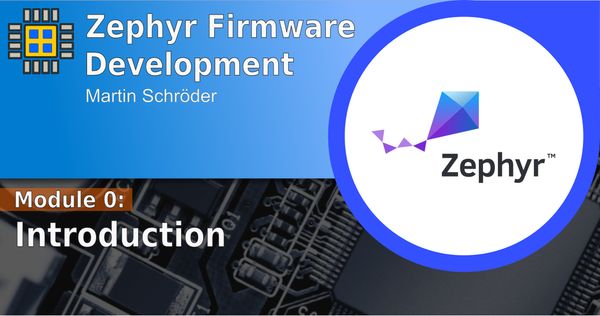 Learn how to setup a continuous delivery infrastructure for your firmware development using Zephyr, CMock, Unity and Renode. 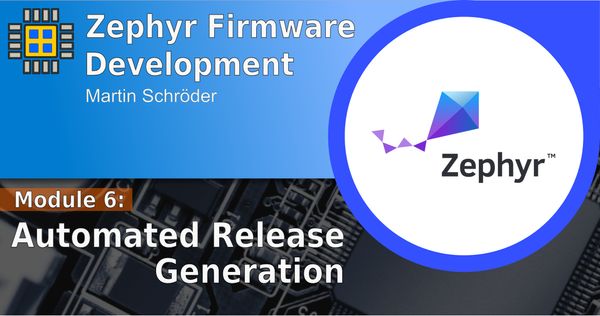 Learn how to generate a release with all information necessary to trace every software component back to its origin.